A Long-Distance Love Story Through Lenses 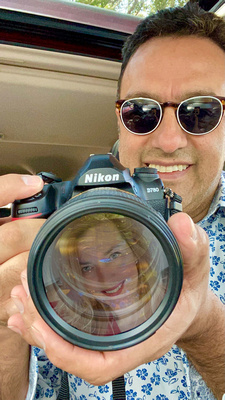 Mauricio had always wanted to learn more about photography and develop his skills, but it was difficult finding the time. But when he finally took a class on the basics of photography, he started to see his surroundings differently. “You can learn a lot about photography watching YouTube videos but it is different in college,” he says.

He was working at Publix and he also started driving for Uber, which allowed him a better view of the Tampa Bay area. “I always brought my camera,” he says. And then there came the threat of covid. “I was kind of lost. I wanted happiness.”

When he learned that it is legal to take pictures in public places, doors opened for his creativity.  He wanted to share new discoveries made through his lenses. He started posting on Instagram. 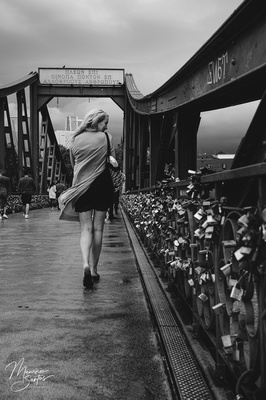 “On Instagram random people come and go. You find followers and you follow as well,” he says. But one of those followers, a German flight attendant named Heike, stood out.

“I started looking at her pictures. She flies around the world and takes pictures of herself in different places.”

Mauricio remembers one particular photo and sent her a private message complimenting her, but she never responded.

On March 30, Heike was stuck in Sao Paulo because Lufthansa was there evacuating German citizens due to Covid-19. “She posted a picture and I liked it,” Mauricio says. “She contacted me. We started talking. I gave her my number and she called. We spent two hours on the phone. We spoke the following day. Then she went back to Germany. Since then, we talk every day.”

While both Heike and Mauricio speak English, they have chosen to communicate in Spanish, his native language.  “We have six hours difference between here and Germany. If I am having breakfast, she is having lunch,” he says. “I wake up at three usually. When I started talking to her, I started waking at 2:30 in the morning. We also started reading a book together in Spanish—El Cuaderno de Noah (The Notebook)—and we’re finding new words for her. We video chat when watching a movie. We cook together. I love cooking. I started teaching her my recipes. Of course, we talk about our lives. It is very close to having a companion, a real companion but we just can’t touch each other.

“Everything we do we do together we are connected through video. We take pictures together. I take selfies talking to her . . .  we like to tell our story with our cameras.”

Mauricio explains that photography has impacted both he and Heike. “Once we started talking about photography, she started paying closer attention to the details of photography,” he says. “And I started taking landscape photos. We are complementing photography all the time. She takes pictures of herself throughout Germany. I edit them here and retouch them, then she will post them. We interact across the world.” 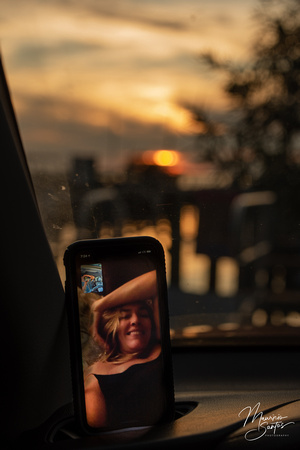 A quote on his website says: “Photography isn’t just about capturing an image, it’s also about conveying the emotion you felt when you took the picture.”

At the Dunedin marina one evening, with Heike on video chat, Mauricio held his phone against the backdrop of a sunset. “I think about her and I think about taking pictures of her.” 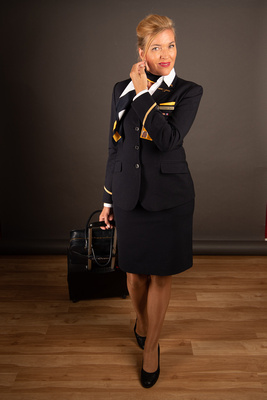 Mauricio is not sure when they will ever get to actually see one another in person. “At the beginning we were thinking maybe a couple months. Nobody knew. We started making plans. I think that was July. “We were hoping the borders would be open. We are considering to see if I can go to Germany. It is very complicated. I have to do quarantine when I come back so it makes it more difficult. Now we are thinking this could be even one or two more years.

“We want to smell each other. To actually touch each other. She sent me something in the mail—her pajamas. Then I sent her a t-shirt I had worn. When we started finding new Spanish vocabulary for her, we made a list of the words and chose different days to study them. She wrote a love letter with those words,” Mauricio says. “Since I open my eyes until I go to bed. I can’t believe that someone is fit for me.” 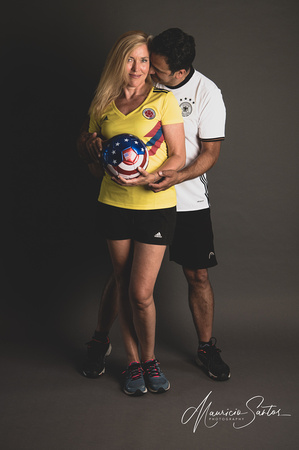 On April 2021 Heike came to Florida after spending two weeks in Mexico in order to be allowed into USA and stayed for two months, then in Augost Mauricio went to Germany.